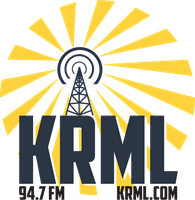 The only family-owned, locally curated music station on the Central
Coast has moved up by sliding down the FM dial to improve its coverage and fidelity!
Beginning Feb. 1, KRML moved from 102.1 to the more listener-friendly 94.7!

“The ferverence and support of KRML listeners since it’s flip has been
overwhelming. We’ve been working hard with authorities and experts for years to
better serve this community and this move will be a tremendous improvement to
do so!” Jeff White (GM of KRML)

KRML promised to reinvigorate local radio in 2011 when the late Scot McKay
purchased the station out of bankruptcy. Born and raised in Evanston, Ill., McKay grew
up on old-school radio, such as the legendary WXRT, where stations with colorful disc
jockeys broke new music and engaged the public. Unfortunately, investment banks and
private equity took control of a majority of the radio industry, and stations soon found
themselves under the pressure of “corporate efficiencies.” Consequently, that eroded
much of the heart and soul of radio. McKay mourned that loss and wanted the iconic
call letters KRML to resonate again with local listeners.

In October 2012, the station made famous in Clint Eastwood’s directorial debut “Play
Misty for Me” dropped jazz in favor of the eclectic and inclusive Triple A format.
Listeners heard live local voices, local musicians, important local events and issues,
limited commercial breaks and innovative programs such as Pub Talk at Peter B’s
Brewpub and the celebrated ‘Live in the Vines’ concert series at Folktale Winery!

KRML, ‘The Locals Radio Station for the Monterey Bay’, has routinely won Best Radio
Station from readers of the Monterey Weekly, with Jeff White earning recognition as
Best Local DJ, as well as nominations for National Triple A Station & Program Director
of the Year by FMQB. Although popular operating at 102.1 FM, KRML suffered limited
reach and “dead zones” due to terrain and adjacent frequencies. McKay passed away in
2013, but the family retained ownership, operating under the McKay Group. The move
to 94.7 shows the family’s commitment to make KRML stronger and even more relevant
in the Monterey Bay community!

“In an era where a station as local and unique as KRML is an anomaly, we are
more than excited for this next step in its evolution. We will to continue to uphold
our mission of serving this amazing community with an eclectic mix of music and
an unwavering commitment to all things local with an even better signal on the
FM dial!” Jeff White (GM of KRML)
Contact:
Jeff White, General Manager
jeff@krml.com, (831) 620-7374
Business Directory News Releases Events Calendar Deals & Savings Member To Member Deals Marketspace Job Postings Contact Us Information & Brochures Weather Join The Chamber