Still Funny After All These Years: Comedy at a Reasonable Hour 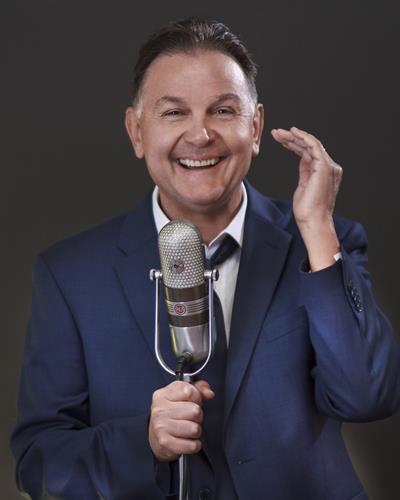 Event Description:
Live comedy returns to The Carmel Foundation on Friday, November 4th with Still Funny After All These Years, the latest in its Comedy at a Reasonable Hour series. This hilarious show features the musical wit of host Richard Stockton and the brilliant monologist Dan St. Paul, for an early evening of standup comedy and music that celebrates the joy of where we are right now.

All proceeds benefit the programs offered by The Carmel Foundation for older adults on the Monterey Peninsula and beyond.  Tickets are $25 for Carmel Foundation members, and $35 for non-members. All tickets include a glass of wine or sparkling water. Doors open at 5pm, and the performance begins at 5:30pm.

Comedian Dan St. Paul’s impeccable timing driving his non-stop laughter sets of brilliant monologues. The Los Angeles Theater and Entertainment Review said, "Combining a sharp, clean wit with an outstanding talent for creating characters, what sets Dan apart is that he doesn't just tell jokes, but rather creates a series of comedic events."

Dan has appeared on several episodes of "An Evening at the Improv," plus numerous shows on VH-1, MTV, and Comedy Central. He has opened for such superstars as Jerry Seinfeld, Natalie Cole, Dwight Yoakum, Smokey Robinson, and Vince Gill. He even opened for the San Francisco Symphony ("These guys are great! I knew them back when they were just a garage band.")

Richard Stockton will open the show, bringing a musical component to take us back to our youth through the portal of music that shaped our generation. Stockton takes us from Hi-Fi to Wi-Fi, from Oxford shoes to orthopedics, from hippy to hip replacement, and beyond.
Event Media: