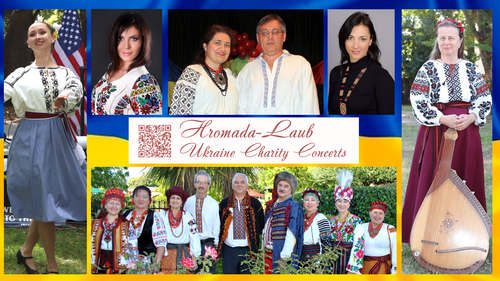 Please come and enjoy a wonderful collection of Ukrainian folk songs, dances and special performances.
The concert will have 2 parts, 45 mins each. Intermission between two parts will be 30 mins during which there will be silent and live auction.

Ola Herasymenko Oliynyk, renown performer on bandura, a traditional Ukrainian string instrument, she will perform several songs from her repertoire.

Anychka, renown Ukrainian lemko singer (lemko is a dialect of Ukrainian language) will perform several most popular songs from her repertoire.