"Here For The Present” – A Poetry Memoir In Two Acts 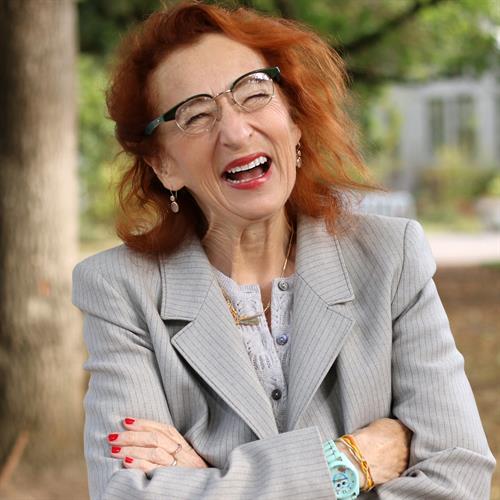 Here For The Present/(P)raising the Dead, an intimate evening with Barbara Mossberg in which we consider how to be alive/and tell about it WITHOUT INTERRUPTION, will be held 7:00pm on June 30th at the Carl Cherry Center, Carmel.

ACT ONE: “(P)raising the Dead” – A Divine Comedy in and about poetry (the “difficult” and “despised” art, if truth be told), in which the Poet’s magic is worked before our eyes, the Poet telling the truth, but wait—it goes South.

ACT TWO: “Sit Down/Stand up” – The zany but earnest playwright who gave us “Fat Lady Flying” in Jill Jackson’s Playwright’s Jambalaya, “Emily Dickinson’s Pop Up Kitchen,” “John Muir Birth/Earth Day,” and others, including enacting our own inimitable Mrs. Cherry, and the inimitable Lettice in Rosemary Luke’s “Lettice and Lovage,” shares her work in progress and reads from her recent book, set here on the Peninsula, Here for the Present.

A California laureate, Poet in Residence for Pacific Grove, Dr. Barbara Mossberg is known to this community on the stage and page as our “wild genius,” an exuberant actor, playwright, dramaturg, radio and podcast host (Barbaramossberg.com), restaurant reviewer, orator, professor, educational leader, and scholar. Leader of flash mobs chanting “I’m Nobody” with 50 local high schoolers at Cannery Row, internationally recognized authority on Emily Dickinson, she has lectured on Dickinson around the world, twice holding the Senior Fulbright Distinguished Lectureship, a federal appointment as U.S. Scholar in Residence American Studies specialist, and President of the Emily Dickinson International Society; her first book on Dickinson, When a Writer Is a Daughter, was named ChoiceOutstanding Academic Book of the Year. Recipient of national awards, she has been a part of the Carmel, Peninsula, and Cherry Community since 2002, serving on the Board of the Cherry, Bach Festival, Forest Theater Foundation, and others, and as president of the Forest Theater Guild, acting in the Cherry production by Rosemary Luke of Lettice and Lovage (Lettice), covering Jeanne D’Orge, and regaling Cherry audiences with original programs on John Muir, eco creativity, her own life in Fat Lady Flying, and of course Emily Dickinson. Her recent book, Here for the Present, A Grammar of Happiness in the Present Imperfect, Live from the Poet’s Perch, as well as Sometimes the Woman in the Mirror Is Not You, and other hopeful news postings, features her own poems on Dickinson, and will be available at the performance.