An Evening with Leo Kottke 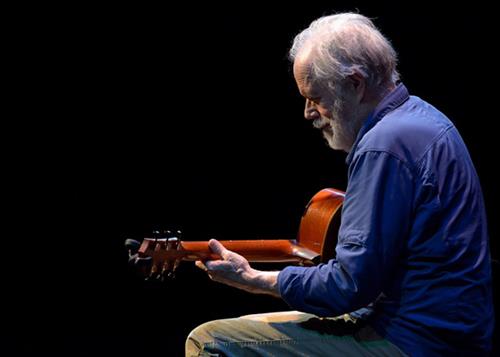 Event Description:
Few players have done as much for the state of their instrument as Leo Kottke, and even fewer have seen the level of success that he has as a largely instrumental artist. Stretching his fingers around jazz, bluegrass, rock, and Americana, Leo plays in an odd language. His finger-picking and extensive use of open tunings make him a tough player to pigeonhole, and a mesmerizing act to see. In spite of partial hearing loss and tendon damage in his right hand, Leo has remained one of the most impressive and consistent players in the business, attaining an almost mythical status in the guitar community. Kottke has remained prolific throughout his career, releasing twelve albums and branching out in collaborations with artists from Lyle Lovett to Phish's Mike Gordon.
Location:
Sunset Center
San Carlos Street at Ninth Avenue
Carmel-by-the-Sea, CA
Date/Time Information:
Saturday, October 12th at 8:00pm
Contact Information:
8316202040
Send an Email
Fees/Admission:
Tickets: Level I $55 | Level II $45 | Level III $35
Set a Reminder:
Business Directory News Releases Events Calendar Deals & Savings Member To Member Deals Marketspace Job Postings Contact Us Information & Brochures Weather Join The Chamber